In a period of massive change for ozone depleting HFC refrigerants, the impact is being felt within the perishable goods industry.  As a designer and installer, we appreciate how this is impacting on refrigeration installations.  Because of regulation on the ‘phasing out’ of certain refrigerants, it is important to work with customers to offer the best possible solution for their long term needs; this entails designing and installing plants with longevity.  By moving away from environmentally harmful refrigerants towards installations using natural refrigerants - like CO₂ (R-744) we can future proof refrigeration equipment.

CO₂ is a naturally occurring substance found in abundance throughout our environment.  It is not new to refrigeration, with its initial use traceable back to the mid-nineteenth century.  However, with the advent of man-made refrigerants during the twentieth century, the use of CO₂ within the food and drink industry was vastly reduced with the introduction of CFC’s and HFC’s.  With Global Legislation putting pressure on refrigeration users to reduce their environmental impact, the knock-on effect is a move away from both commercial and industrial HFC systems to natural alternatives.  When used as a natural refrigerant carbon dioxide has a wealth of benefits.

There are some common myths surrounding CO₂, one being that it is too dangerous in a refrigeration system.  Given the wrong conditions all refrigerants can potentially cause harm.  With proper design and installation, CO₂ is just as safe as any other refrigerant.  There is also an assumption that it requires more in the way of leak detection compared to other refrigerants.  CO₂ does require leak detection, as it is colourless and odourless vapour, but this requirement is no more or less important than Freon refrigerants.  A third myth is that it is more expensive to install and operate.  There is a very strong argument to say this is no longer the case.

Non-toxic & Non-Flammable:  Natural refrigerants can sometimes be limited due to toxicity and flammability concerns. CO₂ lends itself to applications when these issues arise (primary, cascade or secondary), so offers an excellent solution.

Environmentally benign:  It has an Ozone Depletion Potential (ODP) of zero and an extremely low Global Warming Potential (GWP) = 1.  This is directly comparable with other natural refrigerants; Propane ODP = 0  GWP = 3  and Ammonia ODP = 0 and GWP = 0.

High pressure benefits:  Compressor capacity is significantly higher compared, for example, to ammonia.  It has good potential for heat reclaim, which will help with refrigeration plant running costs.  Compressors can be up to 6 times smaller than more traditional applications (R22 & 404A for example).  It also has a higher suction pressure with improves efficiency.

High refrigeration volumetric capacity:  This leads to a reduction in pipework sizes (up to five times that of 404A), and a significant reduction in suction line valve costs, so a big saving on installation costs.

High heat transfer characteristics:  This allows an evaporator to operate at higher temperatures.  The lower temperature difference between the refrigerant and the air offers increased efficiency.  This results in an increased capacity in heat exchangers.

Material Compatibility:  Because CO₂ is an inert and stable substance, there are no concerns over chemical reactions with polymers.  As its non-corrosive with most materials there are very few differences to the materials used in HFC systems.

Inexpensive & Readily available:  There are cost benefits when installing a CO₂ system.  With a high refrigeration capacity due to a high volumetric cooling capacity (approximately up to 5 times that of R404A), this has a positive impact on the compressor displacement and the sizing of heat exchangers and pipework.  Smaller evaporators and condensers are required due to the high heat transfer, high pressure and density.  Due to high discharge temperatures there is greater potential for heat reclaim.  Because CO₂ is a stable molecule there is a lower potential for decomposition within the refrigeration system, which gives it a much greater life span compared to HFC systems.  The overall investment cost of a CO₂ refrigeration installation has reduced in recent years and is now comparable to other refrigerants for both industrial and commercial applications.  CO₂ itself is inexpensive to produce and widely available.

Efficiency advantages:  It has been argued that it offers better operating conditions.  It is not affected by higher pressure drops so the impact of long suction lines and liquid lines is diminished.  The lower temperature differences between the refrigerant and the air increases efficiency.  Lower compression ratios means the compressor doesn’t have to work as hard.

Solutions for CO₂ in Refrigeration

One of the first areas where CO2 has made a successful comeback is within the industrial refrigeration sector, where it can be used either as the low-stage refrigerant in cascade installations or as a secondary coolant.  Due to the continued advances in design and technology, it is also becoming a more viable option in the commercial sector - where in the past the only assumed solution would be man-made refrigerants. 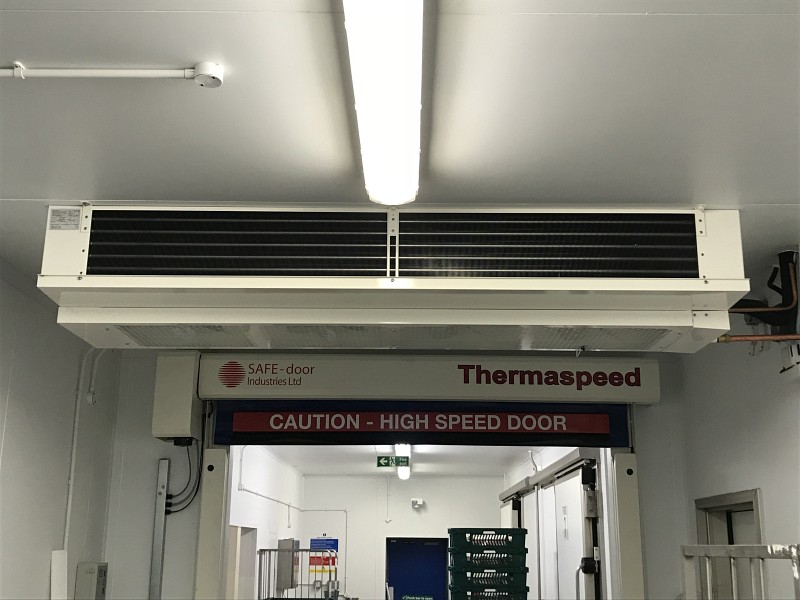 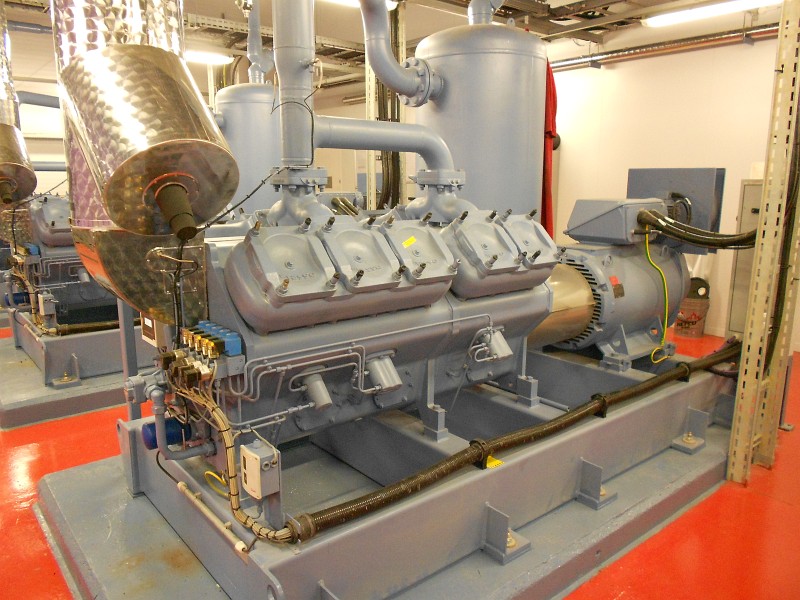 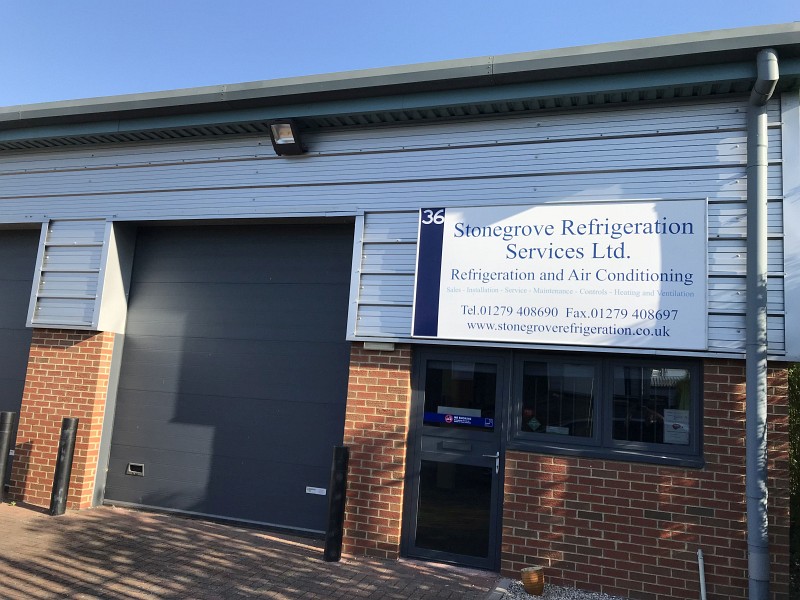 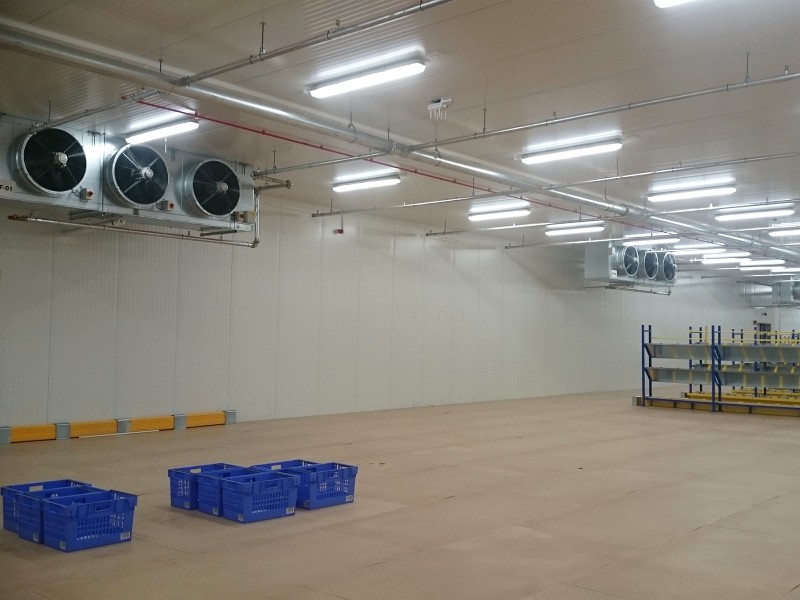 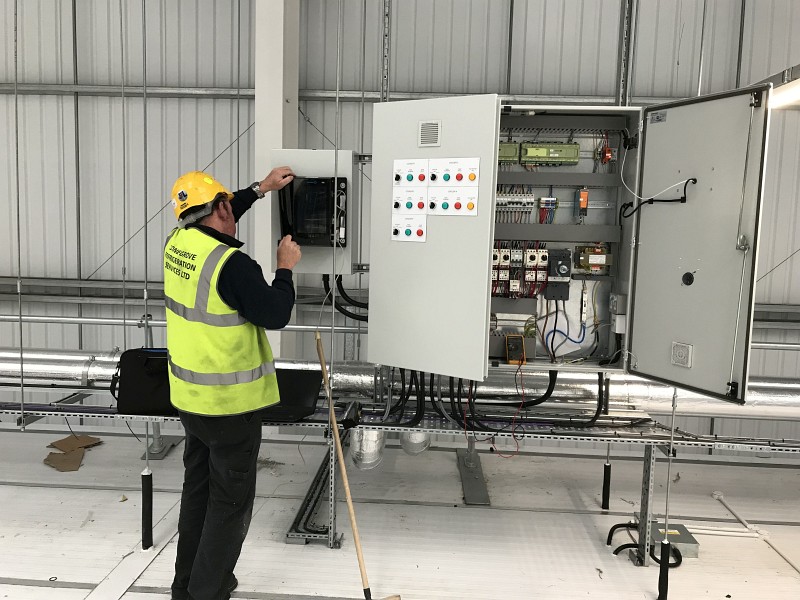 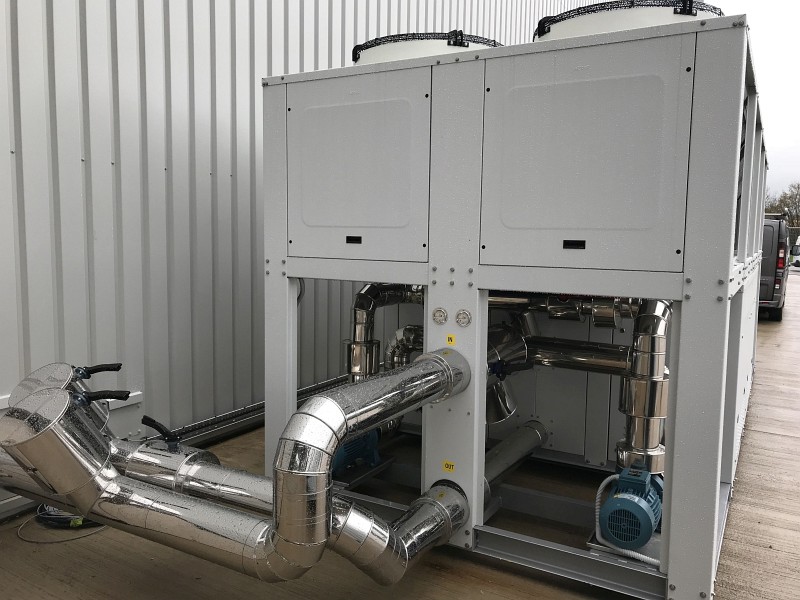 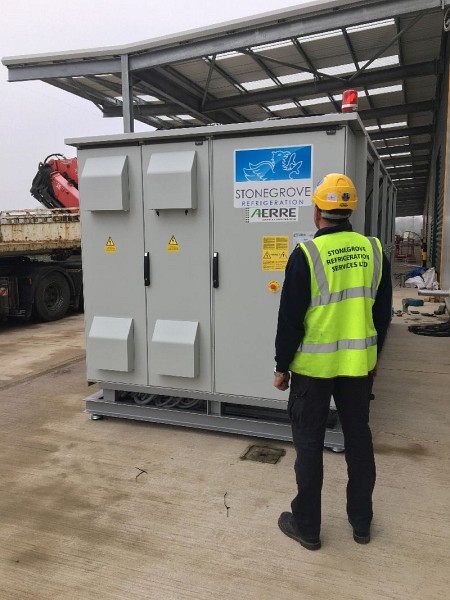 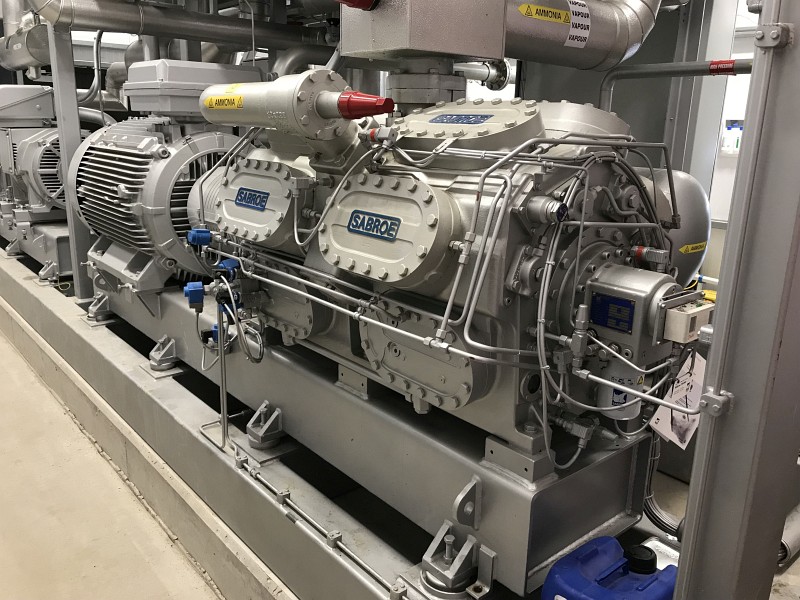 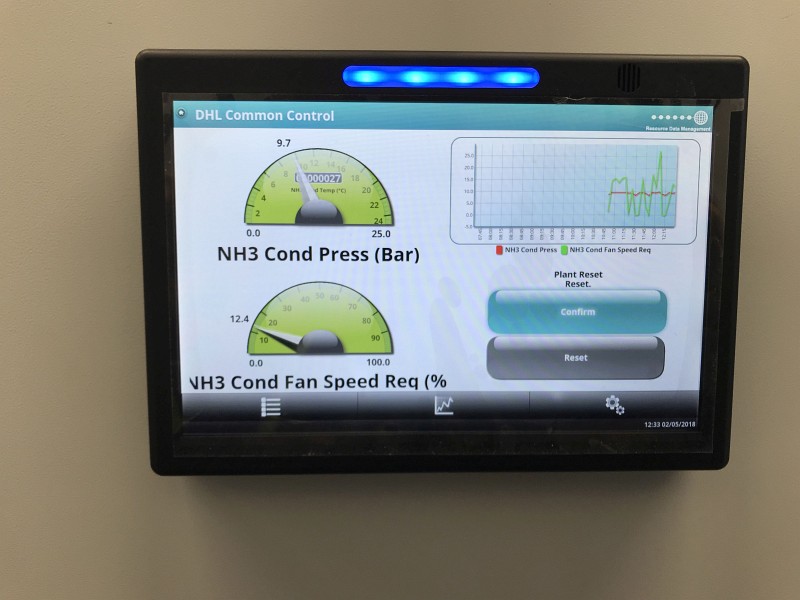 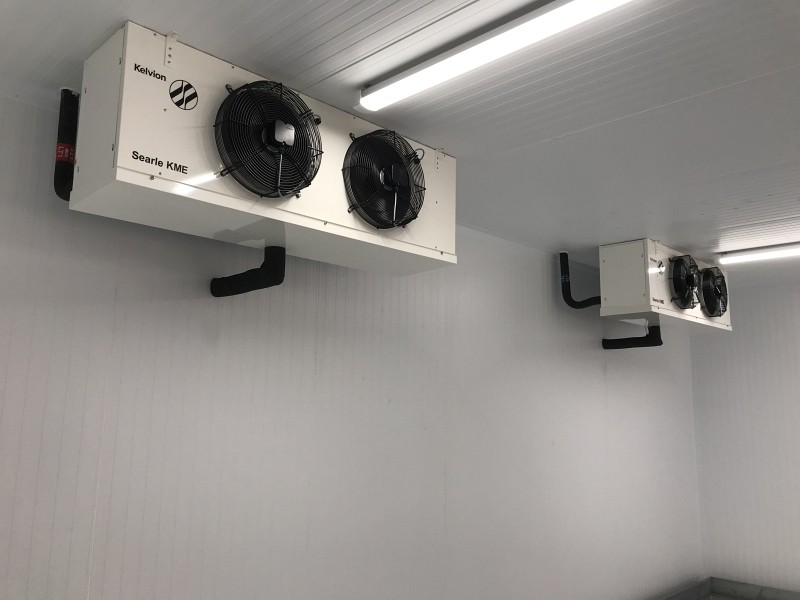 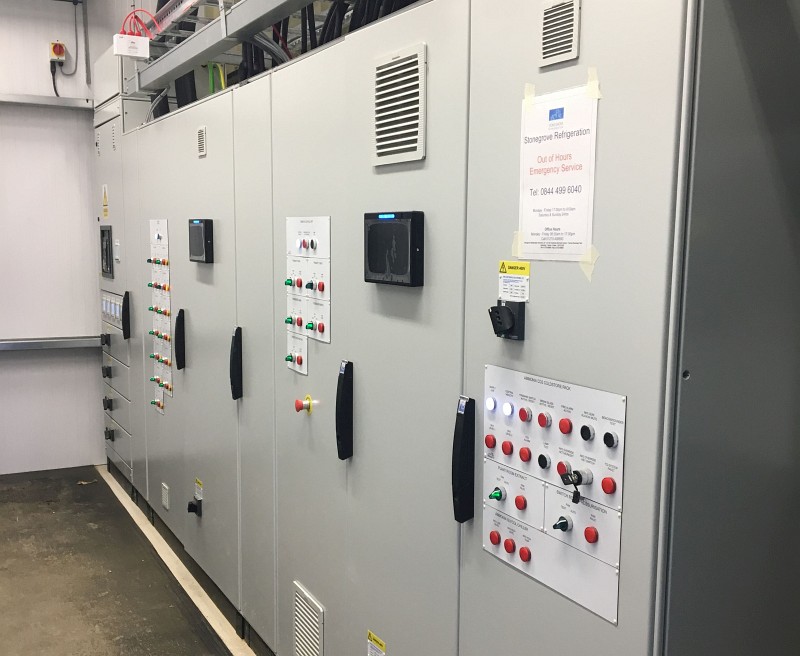